I make games I make music I make faces

As our first published venture into the realm of Intellectual Properties (though we’ve been working on Godzilla for much longer) and the first social deduction game we’ve made, Orphan Black holds a special place in my heart.  BBC America’s amazing show (starring the stunningly talented Tatiana Maslany – a fellow Canadian), which is further chronicled in IDW’s equally excellent comic adaptation, is one of my favourite series of the past few years eclipsed only by the recent rash of Netflix awesomeness.  But I still have much love for the Clone Club. And so does Christopher Richter, who posted an insightful review of the game, its rules, plus his gameplay impressions here:

There is no “I” in team.  It’s true.  So we have the next best thing – a Jay!  On our first night at Gen Con 2016, we hightailed it from the airport to the convention centre to seek out the illustrious Geoff Engelstein for an interview about how Jay and I work together so well.  It was great talking to Geoff and Mike Fitzgerald (one of my favourite card game designers of all time) about a topic that is near and dear to our hearts.

For us, it comes fairly naturally as we’ve been friends for more than half our lives.   We’ve lived together for several years and our lives are intertwined one several levels.  So maybe we have it easy.  But we were also able to talk about how to get over the rough patches that inevitably crop up in relationships and how to work on interpersonal communication for the betterment of the team.

I think we might have even convinced Mike to collaborate with someone in the future!  Maybe he’ll pick me!

To listen in, check out:

There are just over 40 copies of This Town Ain’t Big Enough for the 2-4 of Us available from online retailer (and one of my favourite places to get prototyping bits) – Meeple Source!

Just in time for the holidays, this tiny game makes a GREAT stocking stuffer!

Check out the first sneak peek of what our upcoming release, But Wait, There’s More! will look like in it’s full glory!  Sadly, it won’t be in stores in time for Christmas, but it most certainly will be available soon after that, so save your Christmas money and grab yourself a great game when it does hit shelves!

Jay and I were interviewed recently on the Boards Alive Podcast, a fun show by fellow Canadians, Quinten (who regularly beats me at Star Realms online) and Aaron.

Check out this episode and come back for more from these two BC boys! 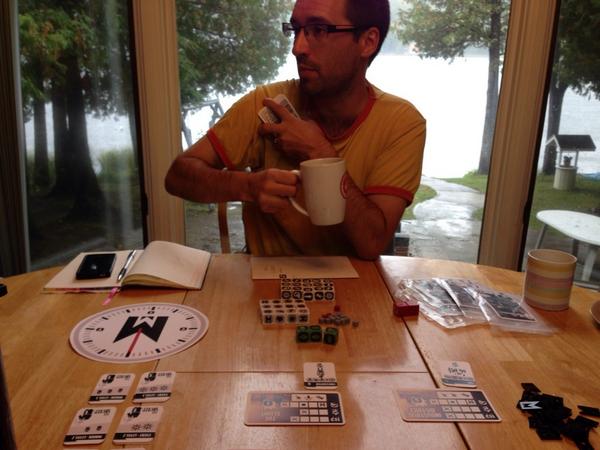 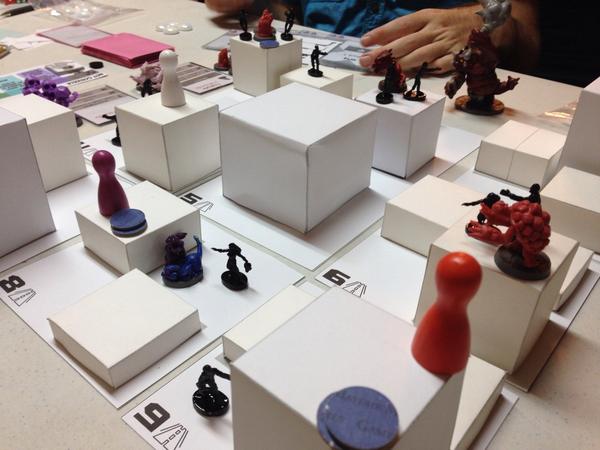 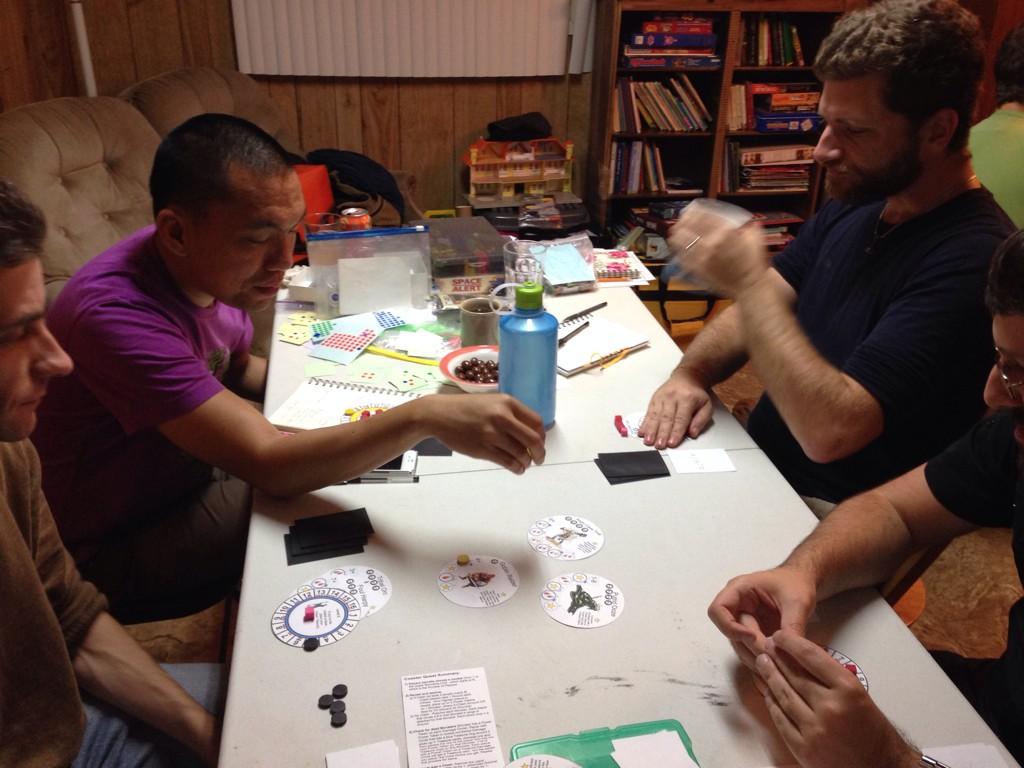 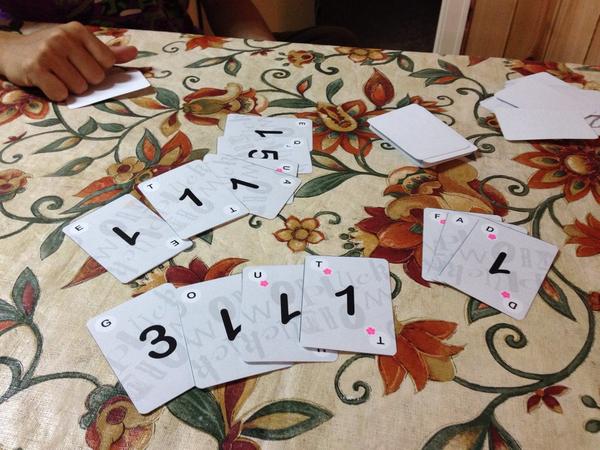 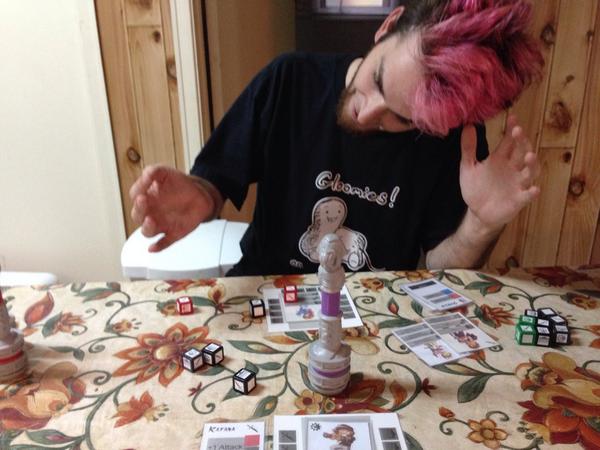 Jay and I still love Train of Thought after all these years and we’ve been using Twitter a lot lately, so it just seemed like a natural fit!  We’re going to do a little experiment and try to run a Train of Thought game (kinda) on Twitter next Tuesday at 3:00 p.m. EST.  If things go well, we’ll make it “a thing”.

The goal will be slightly modified in that the Conductor (me for the first one), will be trying to get the team (all y’all out there in the Twitterverse) to get to 10

The Tweet format will be important for game flow:

The Meeple Syup Show (which Jay and I co-host on regularly) has a brand spankin’ new logo, courtesy of Gavan Brown (he of Roxley Game Laboratory fame) and we’ve knocked out 2 shows with some very cool guests (like Scott Almes, Michael Eskue, Chris Handy, and Micah Fuller).

We’ve also got a new website just for the show complete with its own blog at http://www.meeplesyrupshow.com so stick that in your favourites and visit often.  That’s where the shows are archived so we’ll point back there every now and then, I’m thinking.

We love interacting with the audience, so send us your questions or let us know in advance if you can’t watch live.  We’ll get your questions for the guests specifically or about design in general.  You can do that on Twitter or on the YouTube channel.  Hopefully, y’all follow us @MeepleSyrup on Twitter, so you can get the link when the Google Hangout goes live.

Just as a sneak peek, here’s some of the luminaries we’ve got lined up for future shows…

If you’re interested on being on the show, write us a note at info@meeplesyrupshow.com and we’ll serve you up a platter of piping hot pancakes, straight of the griddle!

Spoiler Alert:  He liked it!

Good to see Tom playing the game and having fun with it.

Nice new box top for Belfort with the Geekie Award logo upon it!  Wicked awesome!